Returning to life on Sunday at Midnight

My Older Sister Left The Computer So I Got On & Found Myself Trying To Coordinate A Raid In A Game & I Don't Play MMO's » Devlog
1 year ago by CannibalInteractive (@TheWorstRPGDev)
Share this post:
Share on TwitterShare on Facebook 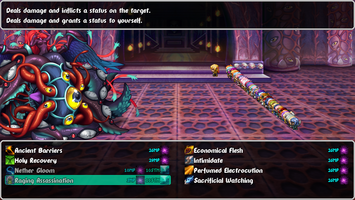 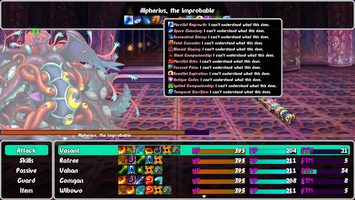 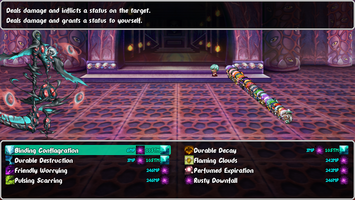 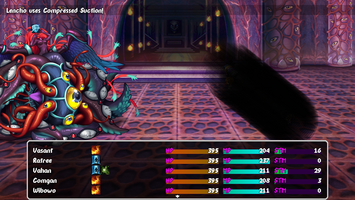 So after much consideration, I'm making the game publicly available again. I totally understand this may bother some people that bought this due to the limited sale and I apologize for that, so let me explain.

I originally created the game jam that this was a part of because with all the talk about false scarcity due to things like NFTs and Nintendo's general business practices, I thought it would be a good joke to do a super limited release window at the indie scale. Work on a project for a week, release it with a low price for a day, have a good laugh with the maybe 10 people that'd participate and buy the games.

and then a LOT of people took notice of my game. I'd made games like this before, but this actually got some release day coverage by a large outlet. With there now being people I've heard from that are disappointed to see the game is now unavailable, I feel like instead of parodying the false scarcity problem, I'm taking part in it, and I don't like that.

So that's why I'm doing this. I'll also admit in part that games press is hard to come by at my scale and the money from this ensures that I can keep making nonsense, and I do truly love making things like this.

So tl;dr: I made it limited as a joke, was popular enough to become part of what I was parodying, so I'm making things right by me. Thank you all for your patience, understanding, and support.This game returns on midnight on Sunday, on the third day after being sealed away.

That's right, this went from an April Fool's joke to an Easter Joke! Always gotta keep people guessin'! If this does bother you to the point you want a refund, that's something you have to contact the storefront through email about at support@itch.io

My Older Sister Left The Computer So I Got On And Found Myself Trying To Coordinate A Raid In A Game And I Don't Play MMO's v1.zip 163 MB
ShorterMMOTitle.zip 163 MB

Thank you very much for making it public. Last year I read about it on newssite Mein MMO and got a reminder for it. But something went wrong and so I just realized it today and just realized, it is now available for everyone.
Thank you again.

I also bought the game on release, saw that it was on sale again and was wondering if there was a reason why. Very happy to see this explanation. Definitely not salty about it. In fact, I'm kinda tickled at how this "joke" got too big to mean the same thing it did when I bought it. There's probably a lesson there. Hell if I can figure out what it is but it's probably worth more than what I paid for this game. So, uh, thanks for that.

Yeah, the whole situation with this game has been pleasantly surprising. Also glad people have been understanding about it!

Yes, there's some sort of lesson in all this, but it's rather difficult to actually put into words, ha ha.

I think it rules that you're just making the game available to everyone. I bought it on release but I think it's far more important that it's actually available and the joke has been made so why not